Learn more about the node editor.

The node editor is part of the Makinom editor and is used to create schematics and formulas.

While this documentation focuses on schematics, most of the features are also available in formulas (unless mentioned otherwise). 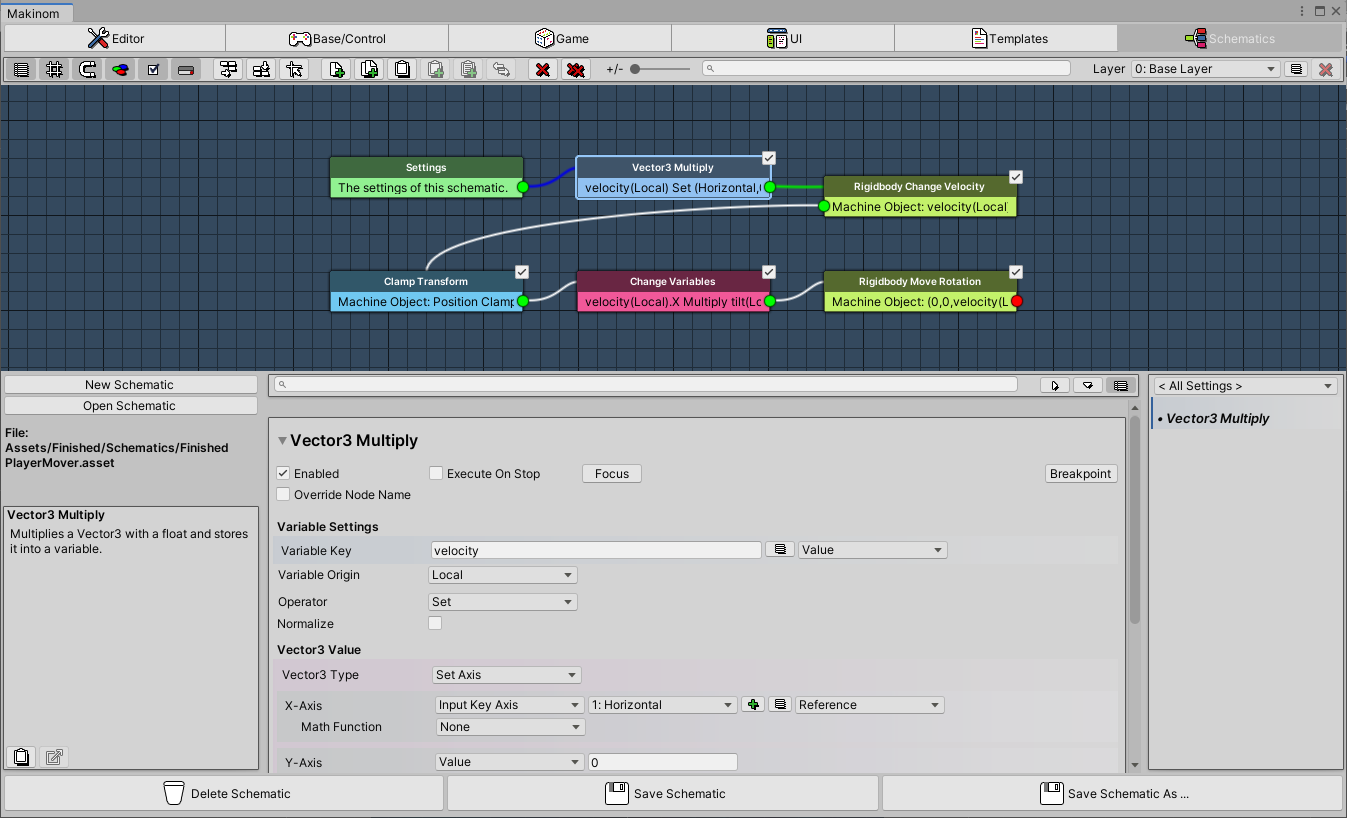 The node editor is separated into 2 parts – the settings area and the node grid. The position of the settings area when editing schematics can be changed in the Makinom editor (Editor > Editor Settings) by the Schematic Editor Menu.

The settings area displays the settings of the currently selected node.

The node grid is used to add, move, connect and delete nodes. At the top of the node grid, you can see a button bar that is used to manage the nodes – you can also do this with the context menu (right mouse click).

You can navigate on the grid by clicking and dragging the scroll wheel (or middle mouse button).

The button bar contains functionality to manage your nodes.

From left to right, the buttons are:

You can zoom in/out using the zoom slider in the button bar or the scroll wheel.

The node layer selection is located at the right side of the button bar. You can use node layers to bring order into your schematic by separating them on different layers.

To remove a layer, click on the Remove Layer button – this will remove the layer and all nodes (and layer gates) to it.

To connect nodes between layers, you can add Layer Gate nodes.

You can also move nodes and node changes between layers using the context menu.

Double clicking on a Gate Entry or Gate Exit title will take you to the layer it connects to.

Anatomy of a Node #

A node consists of 3 parts – title, info and slots. 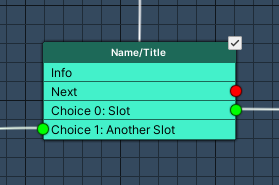 You might have noticed the small checkbox in the upper right corner of the node – this allows you to quickly enable or disable the node (the checkbox can be turned on/off in the button bar).

Connections can be removed through the context menu when right clicking on a slot and selecting Remove Connection.

The context menu is opened by a click on the right/context mouse button. Depending on where you’ve clicked, you will have different options available.

Like the all other popups, the node editor’s context menu is also searchable.

Right clicking on the grid will allow:

Right clicking on a node (title/info) will allow:

Right clicking on a slot will allow:

You can use box selection to select multiple nodes.

There are several keyboard shortcuts available: 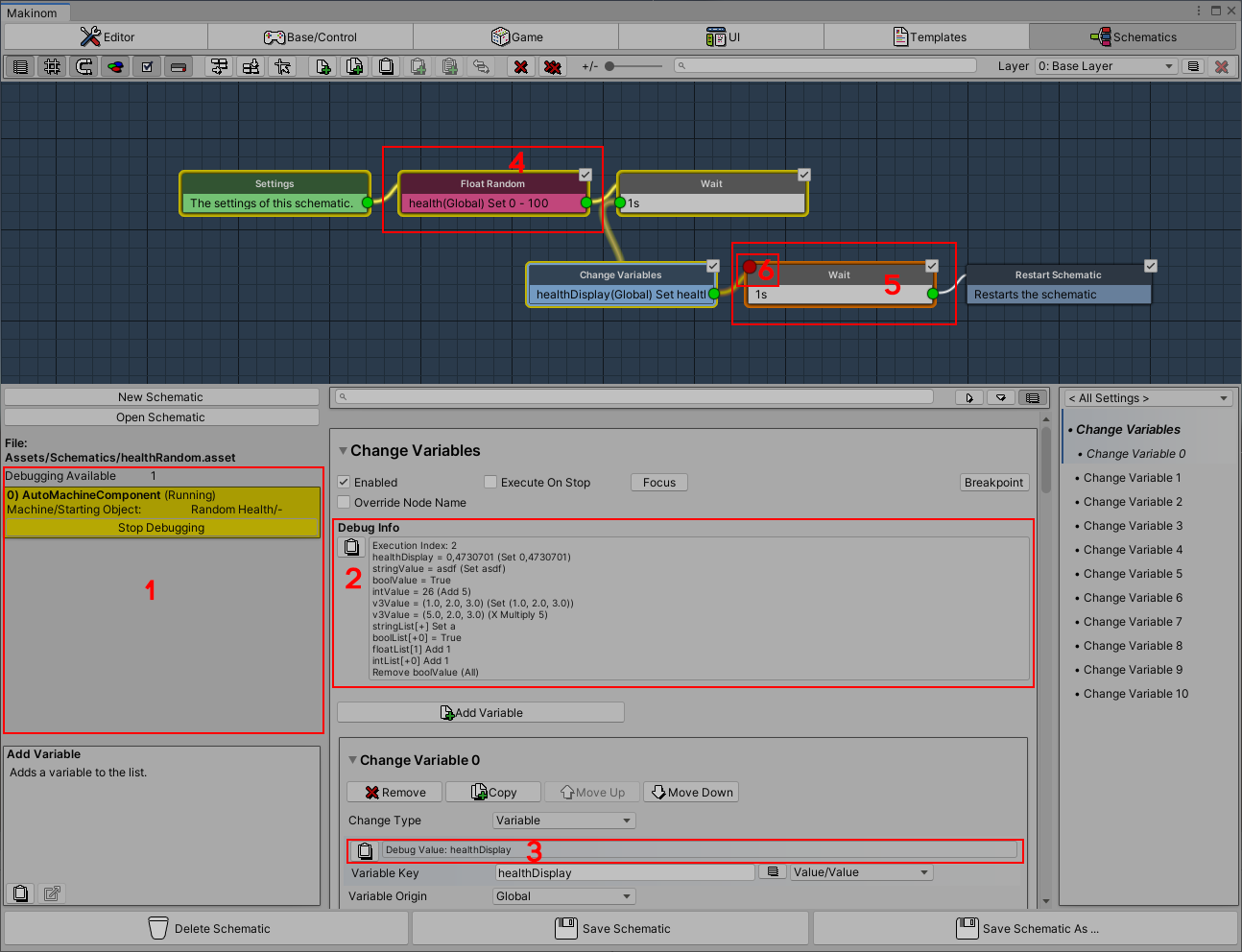